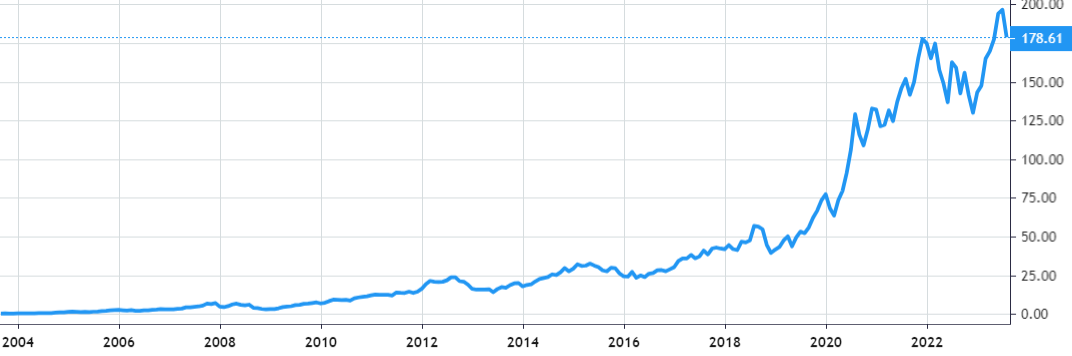 The company’s advertising services include various third-party licensing arrangements and its own advertising platforms.

The company offers a portfolio of fee-based service and support products under the AppleCare brand. The offerings provide access to the company’s technical support, access to the global company authorized service network for repair and replacement services, and in various cases additional coverage for instances of accidental damage and/or theft and loss, depending on the country and type of product.

The company operates various platforms, including the App Store, which allow customers to discover and download applications and digital content, such as books, music, video, games and podcasts.

The company’s customers are primarily in the consumer, small and mid-sized business, education, enterprise and government markets. It sells its products and resells third-party products in majority of its major markets directly to consumers, small and mid-sized businesses, and education, enterprise and government customers through its retail and online stores and its direct sales force. The company also employs various indirect distribution channels, such as third-party cellular network carriers, wholesalers, retailers and resellers.

The company has historically experienced higher net sales in its first quarter (year ended September 2021) compared to other quarters in its fiscal year due in part to seasonal holiday demand.

Apple Inc. was founded in 1977. The company was incorporated in the state of California in 1977.

Our ratings and market updates newsletter

Fundamental analysis made easy for over 50.000 companies